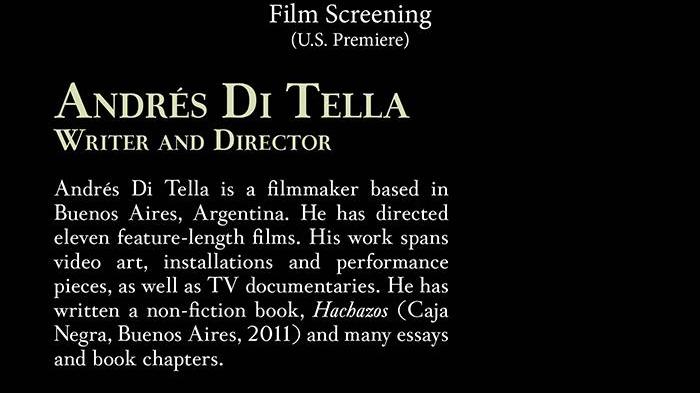 The debate about where to draw the line – or whether there is a line to be drawn – between fact and fiction is not exclusive to the documentary. The crucial question of what to believe about the images that we see, whether in a film or on the evening news, becomes the starting point for the work of certain filmmakers whose films negotiate that uncertain frontier where documentary and storytelling meet. Edgardo Cozarinsky from Argentina, José Luis Guerín from Spain, Luis Ospina from Colombia and Eduardo Coutinho from Brazil are four modern masters of the form. Their often unclassifiable work is at the forefront of this renewal in the practice of both fiction and documentary, in a tradition that can lay claim to Jorge Luis Borges as much as to Robert Flaherty. They are all exceptionally lucid practitioners whose contribution to the debate will by no means be limited to their work. Their presence together at Princeton will be an event in itself.

Location
East Pyne 010
Free and open to the public. Films will be screened in the original language with English subtitles.